Huatulco is a destination characterized by being especially focused on satisfying tourists to the fullest by offering a total and warm hospitality in all aspects, as well as capturing the natural beauty of Mexico. It can be seen mainly in its 9 bays of crystal clear water. 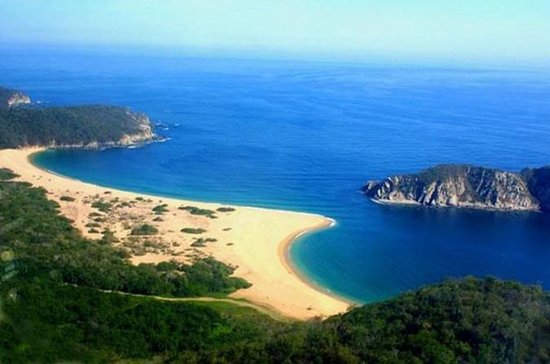 In addition, it is worth highlighting the climatic perfection that Huatulco possesses, having 330 days of sunshine per year, its minimum temperatures being of 20 degrees, making it perfect for vacations and that it is much less common to run into planning problems due to climatic changes.

From the first moment you can appreciate the care that is taken from Oaxacan hospitality in the transparency of its waters and practically no pollution.

Al Huatulco is a destination focused on tourism, there are a lot of activities to be carried out that guarantee an unforgettable experience, here some of them:

Let the splendid waters of Huatulco envelop you in an exciting journey to discover many species that you can decide whether to release or converge. The most important thing is sport!

Among the most outstanding species is the Marlin, the Dorado, Sailfish, or even Tuna of considerable size

Tourists leave gladly to have felt the imposing pull of their prey.

Tour of the 9 bays

Truly the tour of the 9 bays is one of the most complete adventures that can be had in Huatulco, in them you can appreciate nature in its maximum splendor, when it has not been contaminated, if not rather well cared for and preserved by the human .

You will visit Santa Cruz, El Órgano, Maguey, Cacaluta, and Chachacual, within the tour you will also visit and have the following activities.

The stone face: A magnificent creation of nature worthy of contemplation.

The bufadero: Nature surprises us more and more, creating an impressive sound at the moment of the crash of the waves, which will also shoot a jet of water, very impressive!

Snorkeling: In this beautiful activity of coexistence with nature you will be able to appreciate the beauty of the reefs of the multiple bays of Huatulco, and to know many little common species much more closely. Even to touch them!

Pineapple with Seafood: In Huatulco (Especially in the tour of the 9 bays) gastronomy is not far behind, try the specialty, served with cheese and the traditional oven, A Delight!

In the tour of the jungle is to know another of the natural beauties that Huatulco offers us, which shows that they are not only in the sea.

You will visit "El Guanacastle" which is a preserved iguanario, a tour of the coast, and you will get to know different species, so you can learn more about the fauna of the state of Oaxaca.

Hotels like Las Brisas Huatulco offer facilities to all this tours and services, giving the full experiencie a los easier.